How To Write a Poem: The Snake Within 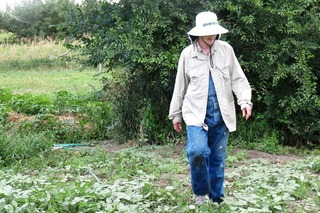 When I’m having trouble writing, one of my favorite methods to start the process is to write a "How To" poem. This is probably why there are zillions of the things floating around, but that doesn't mean you shouldn't write your own. Working on a "How To" poem can serve several purposes.

First, writing a poem (or prose) about how to do something can clarify your thinking beautifully. One of my assignments to a new high school writing class was always for students to write instructions for something they knew how to do very well. The exercise provided them with practice in thinking, and writing, more clearly than usual. The students were always amazed at the steps they omitted in the first draft simply because the act they were describing was so familiar to them. I’ll never forget the frustration of one young man writing about how to ride a bull in a rodeo, and a young woman writing about how to make a bed. But they did it.

Another attraction of the "How To" poem is that you can use it to review something you haven’t done for a while, recalling memories from childhood. One of these days I need to do a poem on how to milk a cow, to refresh my memory of what started out as a chore and became a joyful duty that taught me a lot more than the direct act of milking.

So here’s an example of a poem written during an August when I was spending more time gardening than writing, and wanted to get back to writing. The file of drafts of this poem contains 9 pages, which is unusually short for my revisions.


How to Pick Green Beans

Kneel
in the garden’s deep soil.
Reach
to lift the bottom leaves.
Watch
for rattlesnakes that may
lie
in shade to wait for rabbits
coming
at dusk to feed.

That’s not a bad poem; it has strong verbs (kneel, reach, watch), some nature observation that includes the rabbits as prey of the rattlesnakes, as well as the ending twist with the rabbits coming to the beans as predators.

But I felt it was incomplete, so I put the draft aside. Once begun, a poem often surfaces in my subconscious, and my mind continued to nibble at the edges of it. This scattered method seems to work for me, though I can’t recommend it unless your mind works as mine does. Just now, for example, I stopped working on this essay to run upstairs to finish washing a sink full of dishes. They’d been soaking in hot water and suds because just after I started this essay, I needed to get away from the computer and think for a few moments. I wandered upstairs and started doing dishes-- but I don’t hesitate to drop a domestic job if I get a sudden inspiration in something I’m writing.

For the second draft, two days later, I delved into my memory of my grandmother, and began to alternate my memories of her gardening with my own experience picking beans. Somehow kneeling in the garden reaching into the sunlight-braided leaves made me see her hands doing the same, brought me close to her, though she’s been gone from my immediate world for many years. The memories this exercise evoked were worth the struggle, even if the poem had never been finished.

How to Pick Green Beans

Kneel
in the garden’s deep soil.
Reach
to lift the bottom leaves.
Watch
for rattlesnakes.

Grandmother kept her hoe handy, wore gloves,
tilted her bifocals until she was sure of the snake’s
skin among the mottled shade cast by the leaves.
She rose, steadied herself in the dirt and chopped.
Once, twice, until the head was loose. Hooked
the hoe to lift the limp body, carry it to the fence
She threw and the snake struck against the sky.

No snakes this morning, only gold
sliding among fat green leaves
beans slender as sunlight. I pinch
each one free, gently, trying not to knock
off the blossoms that will make next week’s
beans. A grasshopper lands on my wrist, feet
prickly. Redwing blackbirds sing
from the cottonwoods, and I commend the soul
of the grasshopper to them. I crawl along the row,
and start back down the other side, finding beans
I should have been able to see. Tomorrow I will
find more I can't believe I missed.
And I will
kneel
again.

Remembering my grandmother and her deft manner of killing rattlesnakes added a deeper aspect to the references in the first draft; the snakes are a threat not just to the rabbits but to the life of the gardener, adding value to the beans. I retained the idea of kneeling, suggesting a worshipful aspect to the harvest.

Now the poem needed to be tightened, refined. In the third draft, ten days later, I focused on the fourth and final stanza, emphasizing the aspect of gratitude.

I flinch from a prickle on my wrist, but
it’s a grasshopper. Redwing blackbirds sing
from the cottonwoods. On my knees,
I shuffle down the row. Grandmother used
even the scabby ones, hopper-gnawed.
Later the beans will sway in the sink
full of water like green snakes.
Tomorrow I will find more beans
I can't believe I missed.
And I will kneel again, my hands
singing praises for this harvest.

My mental picture accompanying the last line was of praying hands, but the idea of hands “singing” praises jarred my logical mind. Over the next several weeks, I worked on the poem every few days, mostly paring it down, whittling away unnecessary adjectives, trying to make the sensory impressions more vivid. In the sixth draft, late in August, I shifted one stanza from the middle of the poem to the beginning to put the reader into the center of the sensory experience before getting into the complications I’d introduced.

This morning’s gold breeze slides
among beans slender as sunlight
making snake patterns. Gently, I brush
the leaves aside, careful not to knock off blooms
that will make next week’s beans.

Late in September, I was still tinkering with the poem, but I had decided against making the final stanza a hymn of praise, believing that the reference to kneeling carried that idea sufficiently. I was concentrating on the ending, groping for the right combination.

First I wrote this: “I will taste the green possibility / of snakes within this harvest.”

A month later, I decided to make the reference more direct:

All winter, eating beans with bacon,
I will taste the green flesh,
know the snakes
within this harvest.

At the side of this I scribbled, “Taste the snake?” That was the final touch: making the snake’s presence more vivid and sensory by suggesting something that seemed outlandish, that the flavor of the snake remains within the bean harvest. I knew the poem was close to finished, so I put it aside to rest. In November, I revised the poem for the final time.

How to Pick Green Beans

This morning’s gold breeze slides
among beans slender as sunlight,
making snake patterns in the earth.
I brush leaves aside, careful
not to knock off blooms
that will make next week’s beans.

Kneel
in the garden’s deep soil.
Reach
to lift the bottom leaves.
Watch
for rattlesnakes.

Picking what she called a mess of beans,
my grandmother kept her hoe handy,
tilted her bifocals to see the snake,
steadied herself and chopped
until the hissing ceased.
Hooked him with her hoe, swung her arm.
The snake whirled and struck the sky.

Hold
each stem with the left hand
Pluck
each pair of beans with the right.
One hand
should always know
the other’s whereabouts in rattler country.

Redwing blackbirds sing from the cottonwoods
as I shuffle on my knees down the row.
Later, in the sinkful of water,
the beans sway like green snakes.
Grandmother used even the scabby ones,
hopper-gnawed. All winter, eating beans with bacon,
I will taste the green flesh,
taste the snake
within the harvest.

Twyla tells me that she’s celebrating National Poetry Month by writing a poem a day. I’m not going to be able to manage that, but I urge others to try it. And you might want to start with a poem on How To Do Something.

Thanks, Linda, I'm going to take this to my writer's group for inspiration and we'll all get "How to-ing" :-)

Great, Lynn. Glad to help. Give my regards to the group.