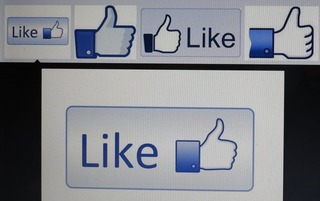 .
The abandoned dogs stare out of the screen with huge innocent eyes.

A bald eagle peers down at me from his perch just over my head.

I seem to hear the cries of abused babies echoing in my office until I click on a photograph of a castle on a misty isle.

A politician stands tall as he utters inanities. A group of young men in kilts play drums on stage.

Within ten minutes of beginning to look at Facebook, my head is spinning as my brain switches moods from anger to pain to pleasure to outrage to pleasure and back down the same trail again. I’m exhausted by the emotional turmoil.

Of course I empathize with the poor dogs and children and all the other ills being perpetrated in the world. I also appreciate the folks who call to my attention cheerful news focused on the world’s joys instead of its sorrows.

But after a few minutes of the muddle I turn away in frustration.

If I see a lost dog as I drive down the street, pick it up and take it to shelter, I’ve helped that dog’s life improve, at least temporarily. If I give money to charity, ditto. When I send a hand-written note to a friend who’s having a tough time, I’m doing a positive good.

I find it contradictory to click “like” under a story of a politician speaking proudly of how he’s misrepresented me today. I don’t like what he’s done at all, though I’m glad to know about it.

More importantly, however, a thousand people could click “like” beneath that story and the politician might never know how much we disapprove of his actions. Unless he has a staff member who keeps in touch with social media, collecting the comments folks who agree with one another make under these news stories, the politician will remain clueless.

To express my opinion in a way that counts, I need to write, call, email or fax my message directly to the congress person’s office.
In addition, I have to be wary of posts that appeal too much to my prejudices. I have to ask is this story true? Rather than ignoring my suspicions, I must go to a reliable site and check for its authenticity before I pass it on. Otherwise, I may simply become one more strand in a web of untruth that’s hard to untangle.

I remember the activism of the 1960s, when a lot of folks were protesting the expansion of the Vietnam War. Many of these people believed that marching down the street on a sunny day constituted political action. A few got additional exercise by waving flags or extending middle fingers to those who lined the sidewalks. If the thousands of people marched, and the cameras rolled and the news media showed the waving flags and shouting multitudes on TV screens all across the country that night, perhaps the action had an effect on our leaders. But for many protestors, writing to a Congressperson was just too darn much work.

Similarly, I’m afraid that clicking “like” may become a substitute for taking action. After a half hour on Facebook, righteously hitting that “like” button and writing a few comments under news stories, I might feel as if I’ve paid my dues for my citizenship in this country.

Look at what I’ve accomplished already and it’s only ten o’clock in the morning! I’ve let a lot of people know how much I disapprove of the actions of my state’s representative in Congress. I’ve shown that I empathize with abused dogs and those who rescue them. I’ve demonstrated my love of cuddly animals, birds of prey and a few artists, and I’ve approved of some humorous grammar corrections. Whew! What a workout!

But what have I accomplished?

I haven’t compared the statistics on the percentage of people who use social media to those who vote, because I’m afraid the figures would be depressing. It’s a lot easier to click “like” than it is to study all the issues, drive to the polling place, show ID and register your opinion in a lasting way.

I don’t mean to suggest that Facebook and other social media are without value. Each is a tool, and like any tool can be useful—and may be misused. But on days when I’m deep into a writing project, I intend to limit my time with these diversions for my own mental health.

And when I want my legislators to know how I feel about their actions, I’ll write to them, investing my reasoning, my time, and a stamp to be sure they get the message.

How to write, call, or email the White House
www.whitehouse.gov/contact/

How to call or email a member of the US Congress (House or Senate)
www.usa.gov/Contact/US-Congress.shtml