Poet Laureate of South Dakota? Not Right Now, Thanks. 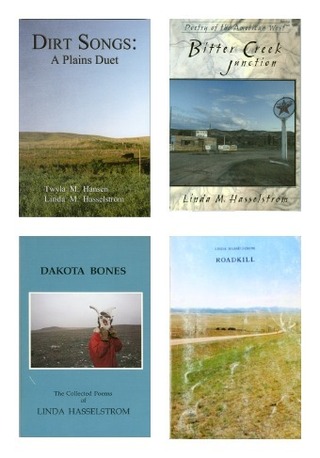 In October of 2014, I was invited by the South Dakota State Poetry Society to apply for the position of Poet Laureate of South Dakota.

Because many people urged me to apply and questioned my decision not to do so, I felt the simplest response was to explain my reasoning in a letter to the president of the SD State Poetry Society. I hope this examination of the obligations of the post will spark discussions and lead to some responsible changes that will benefit anyone who assumes the post of Poet Laureate of South Dakota.

Here’s an excerpt from my letter:

I certainly believe that asking the legislature to establish a term limit for the poet laureateship, and particularly at four years, is a useful idea. I also commend your efforts and those of the board to clarify the duties and requirements of the position.

I have studied the mission statement and have found what I consider to be innate contradictions in the current definition of the Poet Laureate position. As I considered whether or not to apply for the position, I considered some of the positive and negative aspects of doing so. I offer this analysis hoping that it may help the SDSPS as you work toward selection of a new Poet Laureate.

You indicated that SDSPS wants an active Poet Laureate, willing to travel to the state’s colleges and universities, public schools, libraries, book clubs and other venues to present readings, talks, and workshops. You mentioned that several poets have decided to “run” for the position; that description seems to be particularly apt since the job would require so much energy.

I believe this unpaid poetry ambassador needs a job other than free-lance writing, i.e., a secure position that allows frequent absences, possibly with an employer who would contribute toward the expenses in return for the prestige.

Conversely, it seems to me, the post of Poet Laureate is intended to recognize a poet for a lifetime of achievement in writing and in supporting the state’s cultural growth. These requirements suggest the Poet Laureate should be an older, much-published resident writer with a deep and broad knowledge of literature and culture in the state and region, and a record of working to enhance citizen appreciation of poetry. Further, as a representative of South Dakota’s best writing, this poet should be known and respected widely throughout the region and nation.

However, in this largely rural state, many writers who have achieved publishing success spent their early years as I did, traveling the state to promote writing while working for the SD Arts Council, a school system, or other entities. An older writer, conscious of his or her limited life span, may have specific projects in mind to complete. Thus, requiring that the Poet Laureate travel and teach extensively may exclude older writers regardless of their worthiness to hold the position.

Badger Clark survived on a limited income and the pittances paid for his graduation speeches, but he lived in the woods with few amenities. David Allen Evans had the financial support of a secure teaching position. I think it’s significant that, despite 60 years of involvement in South Dakota’s writing, I know almost nothing about the poets laureate Adeline Jenny, Mabel Frederick and Audrae Visser. I suspect this is in part because their employment precluded much travel, and their efforts to promote poetry were necessarily limited to chapbook production. The South Dakota Book Festival did not exist as an opportunity to showcase state writers.

Today, however, electronic venues such as email, Facebook, and websites would make the job of bringing poetry to citizens much easier. A Poet Laureate might, for example, provide examples of inspiring poetry and commentary to English teachers via email or Facebook, so the teachers could incorporate the poetry into their classroom at their convenience. This might offer a more efficient use of the poet’s time than driving for hours to reach a single venue where attendance might be sparse

I wonder if the solution might lie in acknowledging these differences in what a Poet Laureate might do, and changing the definition to fit modern circumstances.

Perhaps the governor could be encouraged to appoint a Poet Laureate who is honored for his or her lifetime achievement as a published poet. This position would not be applied for, but conferred. SDSPS would nominate candidates from the state’s best-known poets who have also worked to encourage the writing and appreciation of poetry by others. Since the intent would be to honor the poet, the Laureate would be invited to attend major events such as the South Dakota Book Festival, gatherings of state poets laureate, and other important events, but would not be obligated to do so. Instead, the poet might continue to do what he or she has done best: promote poetry by writing it, and supporting poetic literacy in whatever ways he or she has always done.

Second, the governor might also appoint, from a qualified body of applicants selected by SDSPS, a second poet who would actively promote poetry throughout the state. This poet, who might be called the State Poet (Nebraska) or Writer in Residence (Idaho), might be in the position of an apprentice, a “laureate in training,” and might advance to the post of Poet Laureate in later years. Perhaps the legislature, the poet’s employer, or the SDAC and SDHC could contribute compensation in some form to help this writer fulfill the duties of the post without financial hardship. A few four-year appointments of traveling poets would provide the state with a group of writers who were experienced in teaching and speaking. If they continued to write and publish their own work, a Poet Laureate might be chosen from among them.

These ideas have been as part of my thinking about whether or not to apply for the position of Poet Laureate. I offer them in the hope you will find them useful in your discussions.

Respectfully, for the reasons I have outlined, I decline to apply for the position.

My thanks for the hard work the SDSPS has always done in promoting the benefits of poetry in our state. Your work on these issues is incredibly important, offering the first chance in eighty-seven years to alter the original plan. I send my warmest wishes as you lead us into a new era in Writing South Dakota.

While I rarely join organizations because I preserve my time for writing, and have not been a member for some years, I have always urged state writers to support the work of the SDSPS.

Pasque Petals, the official literary magazine of the South Dakota State Poetry Society, is published spring and fall. See their website for information on how to submit work or obtain a copy.

As of January 28, 2015, applications for the Poet Laureate position have been closed and a nominee has been forwarded to the Governor.

FOR AN ACT ENTITLED, An Act to place a term limit on the office of poet laureate.

BE IT ENACTED BY THE LEGISLATURE OF THE STATE OF SOUTH DAKOTA:

1-22-7. There is created the office of poet laureate of South Dakota. The Governor shall appoint the poet laureate to serve at the pleasure of the Governor. No person is eligible for the appointment unless the person is a resident of this state. No person may be appointed unless such person has been recommended to the Governor by the South Dakota State Poetry Society and has written and published poems of recognized merit prior to the appointment.

Poet laureates shall for life have the status of emeritus.